The Enterprise Investment Scheme was designed by the Government in 1994 to provide investors with an incentive to invest in smaller unquoted companies. Companies that qualify for EIS investment are usually small, privately-owned companies listed on AIM (Alternative Investment Market) that have gross assets of less than £15 million and less than 250 employees.

The tax benefits of EIS are only available when new shares are bought. If the existing shares of an EIS-eligible company are bought on the secondary market, then none of the tax breaks are available via EIS.

At present, there are five EIS shares benefits:

What is The EIS?

The Enterprise Investment Scheme was designed by the Government in 1994 to provide investors with an incentive to invest in smaller unquoted companies. Companies that qualify for EIS investment are usually small, privately-owned companies listed on AIM (Alternative Investment Market) that have gross assets of less than £15 million and less than 250 employees.

The tax benefits of EIS are only available when new shares are bought. If the existing shares of an EIS-eligible company are bought on the secondary market, then none of the tax breaks are available via EIS. 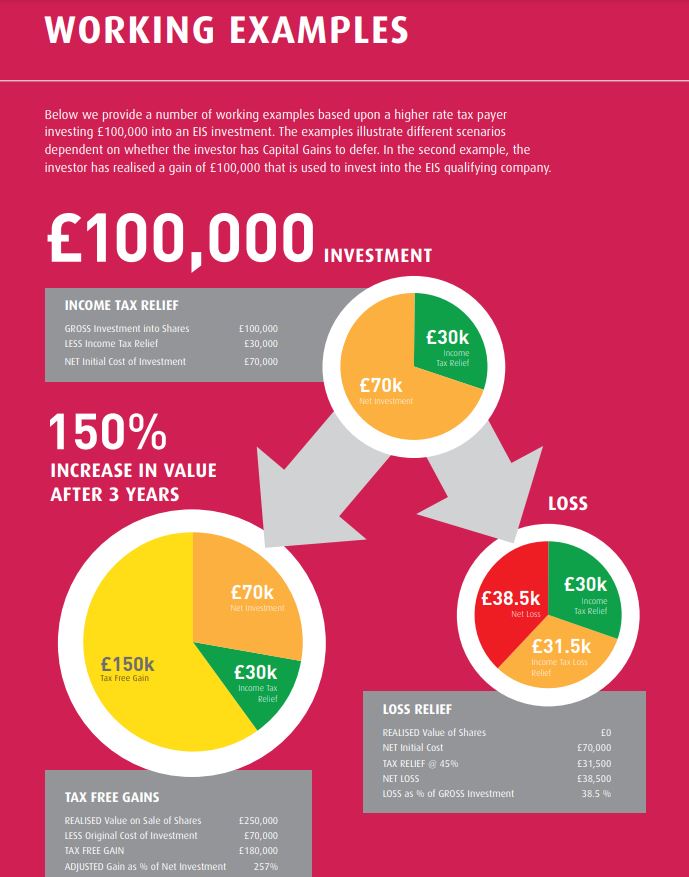 Who Can Qualify For EIS?

There is a vast range of companies that qualify for the EIS including many industries and sectors. Although the rules are specific, a company just essentially needs to carry on a trade with a view to making a profit to qualify. Your company is eligible to use the scheme if:

Some companies and sectors, such as those that deal in land, commodities and shares, are excluded as well as companies that have significant asset backing or contractual revenue streams.

What Money Raised by EIS Investments Can Be Used For

The government has fairly strict rules on what EIS investments can be used for and must be used for ‘qualifying business activity. This could include any of the following:

Additional to this, the EIS investments raised must also:

What Can EIS Shares Be Used For?

The raised money must be used for a qualifying business activity, including:

How Do EIS Shares Work?

EIS shares are designed to help companies to raise money to assist with business growth. This is achieved by offering tax relief to individual investors that buy shares in companies. Under the Enterprise Investment Scheme, up to £5 million can be raised, as well as a maximum of £12 million in the lifetime of the company, including the amount received from other venture capital investment schemes. For this, the company must have received investment within 7 years of its first commercial sale under a venture capital scheme.

For EIS shares, the rules of the scheme must be followed so that the investors can claim and keep the EIS tax reliefs involving their shares. For companies who have been trading for less than two years, a similar scheme is in place, known as the SEIS scheme (Seed Enterprise Investment Scheme).

If you would like to find out more information about alternative investment capital and the information you will need for EIS shares and convertible loan notes, don’t hesitate to get in touch with our team at CSS Partners. 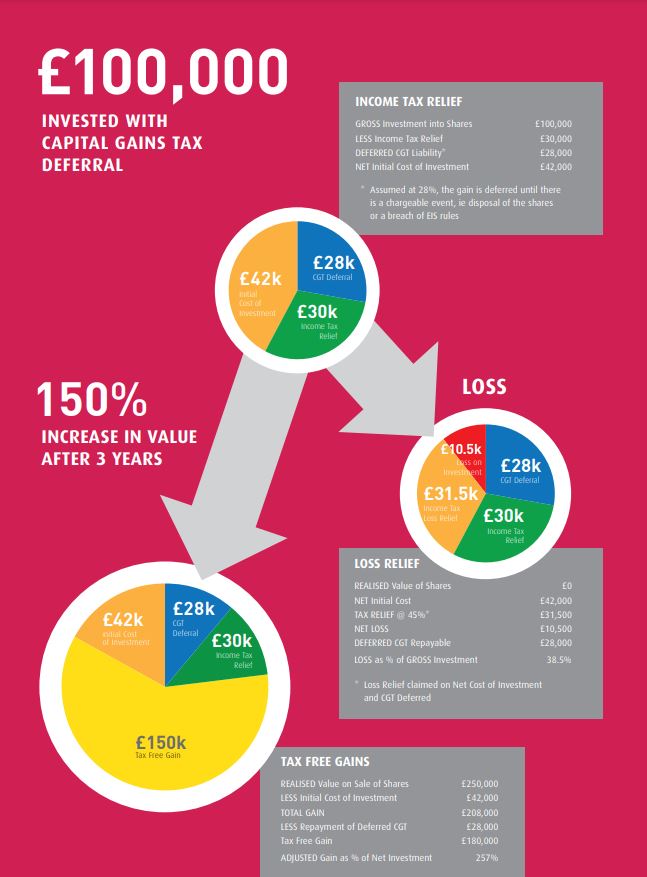 How Can I Raise an EIS Investment?

If you want to reward your existing investors with EIS benefits, you need to apply for the Small Companies Enterprise Centre (SCEC) which runs the scheme. HMRC will then decide whether or not you qualify for the scheme and will let you know if you can proceed with your application.

Once you can go ahead with your application, you must fill out the EIS1 form and send it to the HMRC who will make a final decision on your application and let you know whether your investors qualify for EIS relief.

What is an EIS scheme?

Known as an Enterprise Investment Scheme (EIS), the EIS scheme was introduced by the Government to increase the number of investments that are made into smaller companies across the UK. The investor will gain significant reductions in tax once shares are bought.

What is the money from EIS Shares typically used for?

Is investing in an EIS scheme risky?

As with any form of investment, you should familiarise yourself with the risks associated before going ahead. Making an investment into a small business comes with a level of risk as there is no guarantee of making back the investment. The lack of past data to work with and operating in a new market leaves a lot of uncertainty so research should be carried out beforehand.

How much tax can I save through an EIS scheme?

There are a lot of tax benefits when buying shares, offering benefits of different levels. You can save 30% of income tax on the amount you invested with no minimum investment, are exempt from capital gains tax and are generally exempt from inheritance tax after two years of holding the investment. EIS qualifying investments need to be held for a minimum of three years.

How do I invest in an EIS qualifying company?

There are a number of ways that you can get EIS investments, such as:

How much money can I invest in Enterprise Investment Schemes?

You can invest up to £2 million a year and benefit from tax relief. Most portfolios will as for a minimum investment of £10,000 to £25,000. However, if this is too much for you currently, crowdfunding sites allow you to invest as little as £100.

When you make an EIS investment, it’s important you inform the taxman so that you can receive an EIS3 certificate for each company you invest in. These then need to be submitted with your tax return. If you don’t do a tax return, you can submit your EIS3 directly to HMRC which will then either change your PAYE code or make an adjustment on your self-assessment account that’s due.

Ready to find out more?