Home/Back Issues/2017/There is much debate about blockchain, what does it do and how does it work? 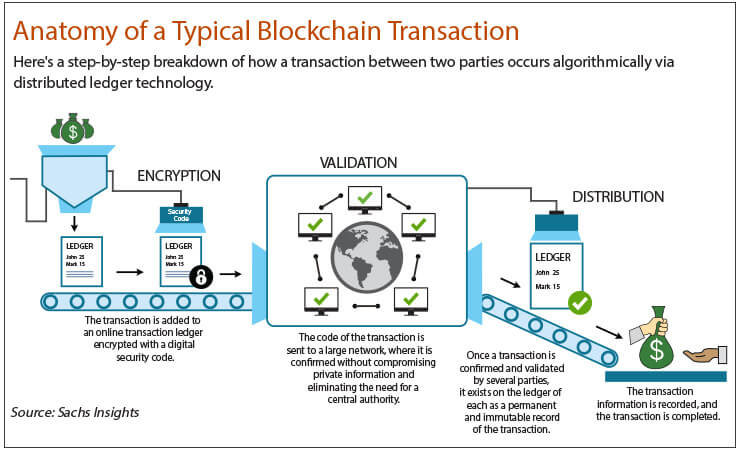 It’s a highly secure method of recording data – a digital ledger of transactions, agreements, contracts – anything that needs to be independently recorded and verified. The big difference is that this ledger is distributed across several, hundreds or even thousands of computers (called “nodes”) around the world.

Digital records are lumped together using cryptographic codes to create “blocks”. The system calculates a “hash” value that is the unique answer to a math problem based on the data contained in the block. A small change of any data in the block results in a different hash value. The data is secure and private because the hash cannot be converted back into the original data – it’s a one-way process.

Now the “nodes” come into play. A node is a machine that is broadcasting all the transactions across the peer-to-peer network that is the base of the blockchain. The nodes check and broadcast the hash of the proposed block until agreement is reached about the new block. Then this block will be accepted as the new starting point for the transactions in the next block. The block is saved in many different places so that no one entity has total control over it.

Once saved each block receives a unique digital signature.

Blockchain’s security works not only because it’s encrypted but because it’s also decentralised – verification comes from the consensus of multiple users.

Blocks can then be linked chronologically into a “chain” using complex mathematical algorithms embedding part of each block’s “hash” into the digital signature of the next block.

Effectively, the more data stored and the longer the blockchain becomes, the stronger it gets.  This is because all the transactions conducted are verified, cleared, and stored in a block which is linked to the preceding block, thereby creating a chain. Each block must refer to the preceding block to be valid. The structure permanently time-stamps and stores exchanges of value, preventing anyone from altering the ledger… so the blockchain is a distributed ledger representing a network consensus of every transaction that has ever occurred.

Once updated, the ledger cannot be altered or tampered with, only added to chronologically, and everyone in the network has access to an up-to-date version of the ledger, so it’s very transparent.

An object that once created can never be changed has infinite value in today’s ever-changing digital world. 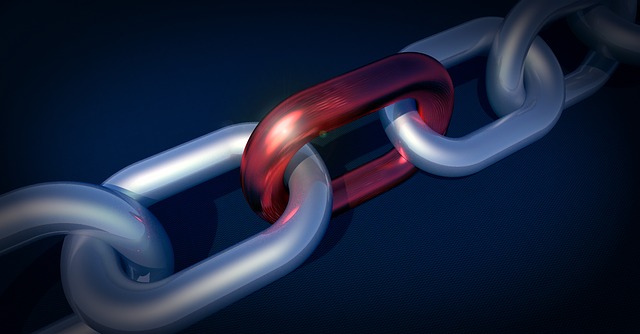 Why is there such a buzz about blockchain?

Isn’t it just another way of storing and recording big data?

It is the openness of using the internet combined with the security added through cryptography that is so innovative.

The distributed nature of a blockchain database means that it’s harder for hackers to attack it – they would have to get access to every computer in the network and each copy of the database simultaneously to be successful.

So if the original document or transaction were subsequently altered, it would produce a different digital signature, alerting the network to the mismatch.

In theory then, the blockchain method makes fraud and error less likely and easier to spot.

Blockchain is designed to store information in a way that makes it virtually impossible to add, remove or change data without being detected by other users.

Blockchain has the potential to change the way we conduct all transactions, how we interact with official bodies and validate ownership or prove authenticity of items from diamonds, fine art or organic produce.

With blockchain, we can imagine a world in which contracts are embedded in digital code and stored in transparent, shared databases, where they are protected from deletion, tampering, and revision. In this world every agreement, every process, every task, and every payment would have a digital record and signature that could be identified, validated, stored, and shared. Intermediaries like lawyers, brokers, and bankers might no longer be necessary. Individuals, organisations, machines, and algorithms would freely transact and interact with one another with little friction. This is the immense potential of blockchain.

Financial services firms believe blockchain can be used as a record of who owns what replacing lots of internal ledgers.  Each transaction would not require reconciliation through a counterparty, increasing speed and minimising errors.  Santander estimates blockchain could save banks up to $20 billion per year by 2022.

Indeed, it is repeatedly claimed that blockchain will revolutionise business and redefine companies and economies.

Despite the potential impact of blockchain, for all its merits, it is not a new technology. Rather, it is a combination of proven technologies applied in a new way which is a positive

So is blockchain going to change the world?

So in the same way as we currently utilise the internet for democratised information, blockchain could be the basis to create an internet of value. Creating a vast, global, distributed ledger running on millions of computers and available to everybody, and where every kind of asset from money to music could be stored, moved, transacted, exchanged, and managed, all without powerful intermediaries.

There’s always a “But”

There are a number of problems to overcome:

If blockchain can continue developing, it could be a revolution in the way businesses, governments, organisations and individuals transact.  It provides a simple, secure way to establish trust, helping simplify the movement of money, products or sensitive information worldwide.