Since the liquidity crisis in March, as the S&P has rallied to all- time highs this summer there has also been a strong correlation between the index and the price of Bitcoin. In our latest blog, we ask whether this statistical relationship suggests the fate of the world’s biggest cryptocurrency has become tied to the financial system it was built to challenge.

Born Out of Crisis

Bitcoin was born out of a distrust of financial institutions.  In 2008, as the banking crisis was in full swing, Satoshi Nakamoto along with a group of anarchist libertarians set out to create a new finance counterculture that excluded the major players who had eroded the public’s trust.  Today with so many institutions and banks entering the crypto markets, does the correlation between the S&P 500 and Bitcoin (BTC) suggest the digital currency is in danger of becoming just another investment vehicle within the financial system it was supposed to replace?

People who are passionate about the BTC markets have long claimed that bitcoin is best described as “digital gold,” meaning it’s a store of value that serves as a safe haven during times of crisis in the stock market. This has not been borne out since the most recent bout of market turmoil began in March; we’ve seen gold hit nine-year highs as investors pour their capital into this precious metal, but there hasn’t been as much interest in cryptocurrency.

While gold has a strong track record of rallying in times of stress in the global equity markets, bitcoin has yet to build a similar reputation as a safe-haven asset.  One explanation is panic sellers during stock market turmoil want to move the proceeds into safer assets such as a venture capital investment and not bitcoin with it renowned volatility.  For this reason bitcoin behaves more like a highly leveraged position and exaggerates the market trends in more volatile up and down swings.

HODlers Sure The Future is Bright

While bitcoin is struggling to establish itself as a haven asset, some investors remain undeterred. Long-term holders of bitcoin (HODLers) gauged by the number of addresses storing bitcoin for at least 12 months, rose to a lifetime high of 20.3 million in June according to IntoTheBlock, a blockchain intelligence company.  HODlers added 233,000 BTC to their positions over the first half of 2020, which is approximately $2.67 Billion. 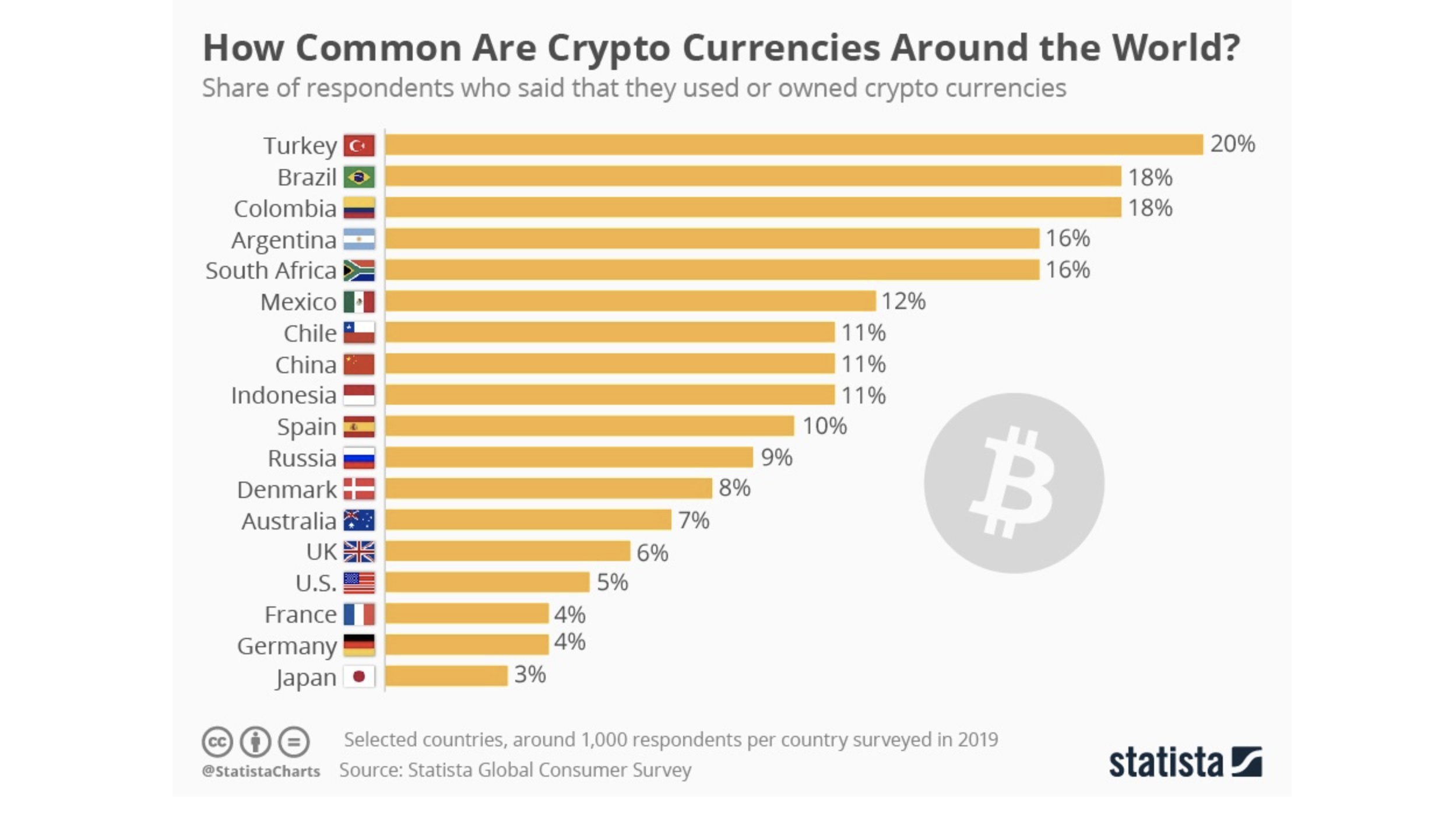 From the chart above, you can see that countries with higher levels of economic instability flock toward bitcoin as a currency hedge. Additionally, the world is currently experiencing high monetary inflation which only increases the rate of bitcoin adoption.

Globally, there’s more active on-boarding happening now than at the mania phase of the 2017 bubble with September 2020 seeing an all-time high of active users of bitcoin. BTC holders include the blockchain technology aficionados, and the speculators (VCs, HODLers) but you also now have the high net worth family office types and Wall St operators. 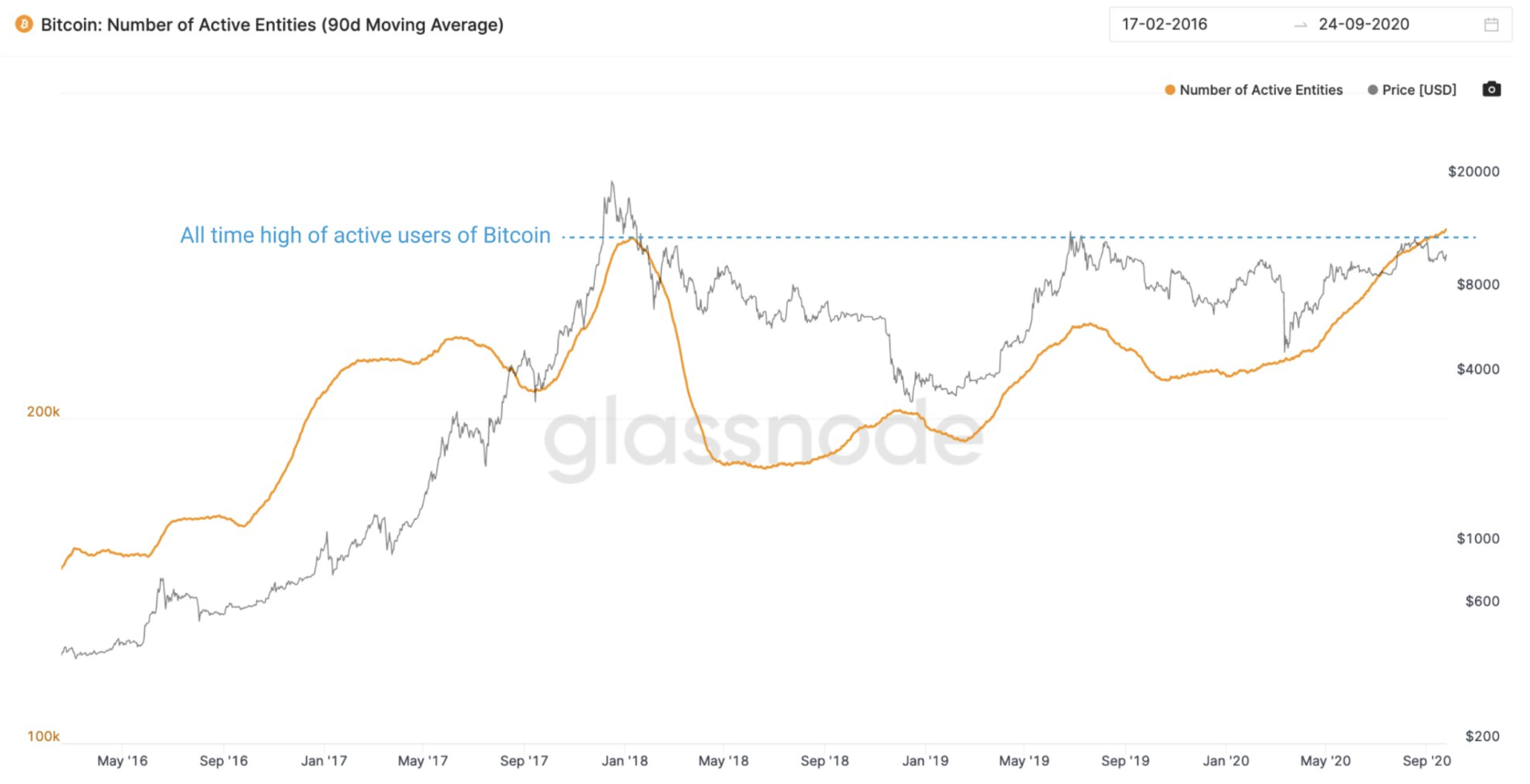 The purists and HODlers want an “decoupling” to break the correlation between Bitcoin and the Stock Market as this will allow it to tread its own independent path and be less swayed by the macroeconomic factors that move the financial markets such as interest rates, inflation and unemployment.

Others believe that the correlation will inevitably increase through a combination of respected investment banks and high profile investors raising the credibility of the BTC markets and it becoming easier for new investors to acquire cryptocurrencies for the first time. Some experts believe that maturity in the crypto markets will only serve to strengthen the bond with stocks. Currently bitcoin is maturing from innovators and early adopters to the early majority stage as the large institutional investors move into the space. 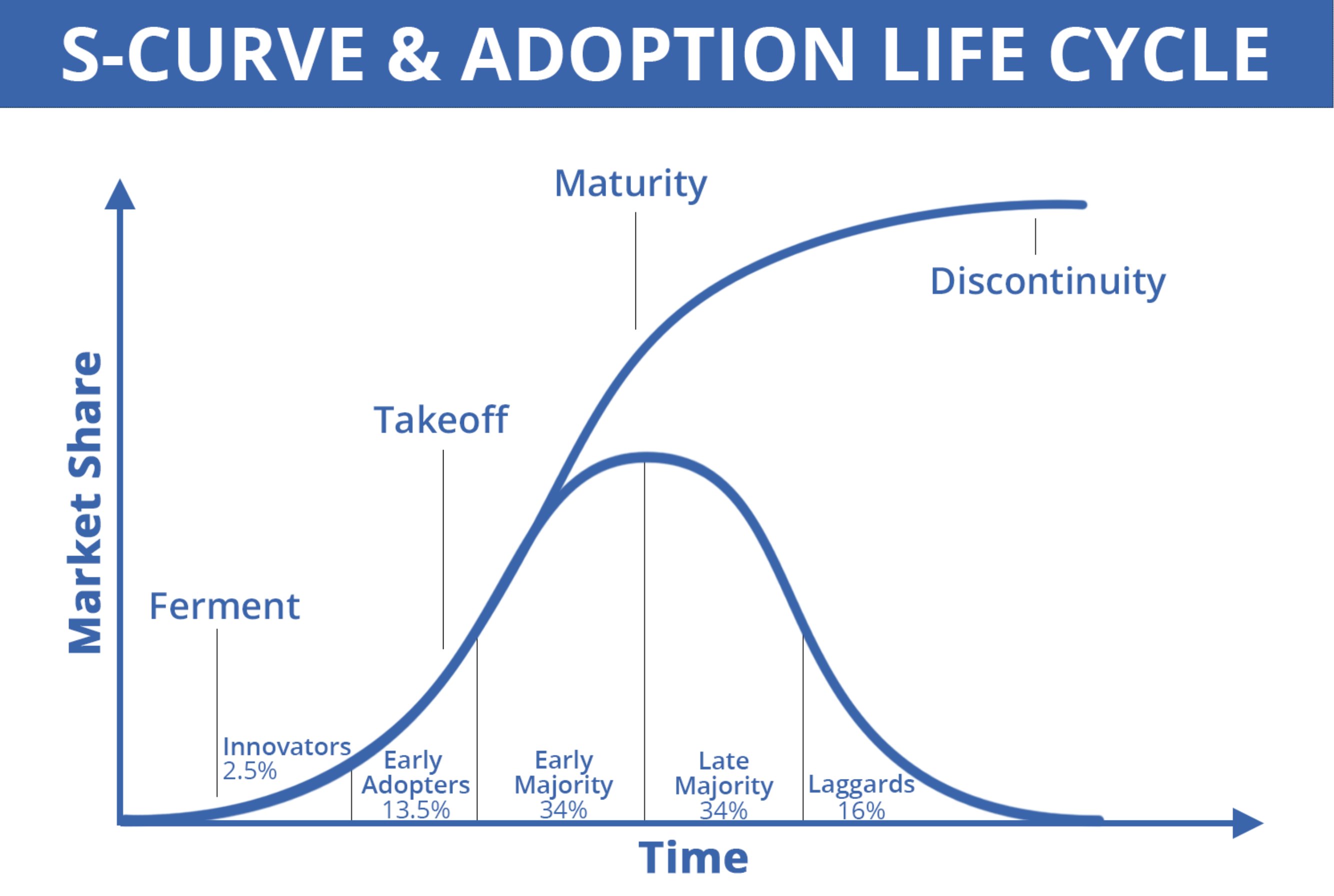 It is important to note that the increased correlation does not mean that Wall Street and Bitcoin have enjoyed the same returns in 2020. Data from Fundstrat covering the first four months of 2020 show that BTC was the best-performing asset class by some distance after delivering gains of 39 per cent. At the time, the Nasdaq was trailing behind on 1.7 per cent, and the S&P 500 clocked up a 9.4 per cent loss. Looking at returns across the whole of 2019, BTC was again top of the leaderboard on 92.2 per cent, with the Nasdaq on 35.2 per cent and the S&P 500 on 28.9 per cent.

The only way bitcoin can remain true to the blue print set out in Satoshi Nakamoto’s white paper of 2008 is to become independent and decouple from the stock market. Only then can it become “digital gold” offering diversification for investors who look to spread risk across a range of investments that are not influenced by the same macro-economic factors.

At the same time, the powerful financial institutions and behemoths of Wall Street would prefer increased influence over the crypto currency markets and the more institutionalised bitcoin becomes the more we will see it correlating to Wall Street behaviour.

Is the higher credibility that Wall Street brings worth the cost to the bitcoin ideology or will cryptocurrencies lose their appeal if too closely aligned with the financial system?

European VC Ahead Despite COVID